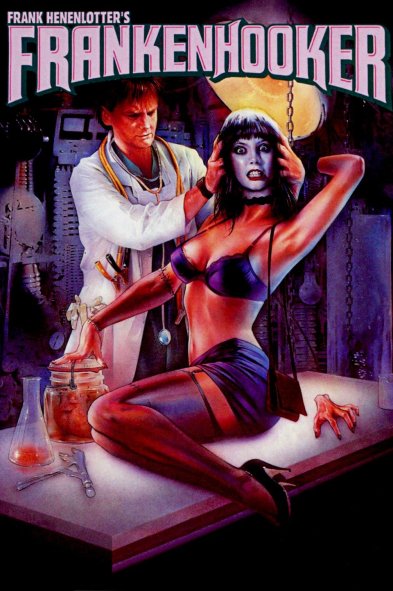 Where do I even start with this movie.

How about a confession:  Frankenhooker is one of my all-time favorite B-grade horror comedies. Maybe it’s the awesome crazy facial expressions that star and former Penthouse Pet Patty Mullen makes once she is reborn as the clunky Frankenhooker.

Maybe it’s that I love the Bride of Frankenstein, and it was only a matter of time before her story was re-imagined for a modern audience. A schlock, sexploitation modern audience, yes, but still.

Maybe it’s because if you are in the mood to laugh, and don’t want to be bothered by high-faluting thinking people movies with real emotions and deep storylines, this movie fits the bill.

Whatever the reason, if you haven’t seen it, and you like horror comedies? Well, you should probably see it!

Frankenhooker is the story of lovebirds Jeffrey and Elizabeth. Jeffrey Franken is an inventor and medical student, and Elizabeth is his chubby but sweet fiance. Elizabeth dies suddenly and tragically when a remote control lawnmower Jeffrey has invented and given as a gift, veers out of control. All that remains intact of his beloved Elizabeth is her head and one hand.

Stricken with grief, Jeffrey does what any reasonable inventor/medical student would do, and decides to bring Elizabeth back from the dead. Of course, he’ll need to harvest spare parts from New York City prostitutes to replace what Elizabeth is missing. But details, details.

Jeffrey, in a room filled with prostitutes, proceeds with his plan. Then has a change of heart. He’s about to back out, when the lovely ladies of the night discover the super crack rocks Jeffrey had engineered in order to subdue them. Well, they smoke them, and all hell breaks loose. Or should I say, they break loose–Well, into bits, technically–setting off a chain of events that leads to the rebuilding of Elizabeth and the creation of Frankenhooker.

Naturally, Jeffrey’s plan goes awry.  The resurrected Elizabeth is not the same sweet woman he knew and loved, at least not all the time. Then, his freezer full of spare parts get a mind of their own. There’s Zorro the pimp. There’s a sexplosion. And in the end, poor Jeffrey gets more than he bargained for in the twist ending.

Frankenhooker is the brainchild of writer and director Frank Henenlotter, who also wrote and directed cult classics Basket Case (1982), about a severely disfigured twin who lives in a basket and is out for revenge, and Brain Damage (1988), about a strange brain parasite with a taste for homicide.

Here is the trailer. 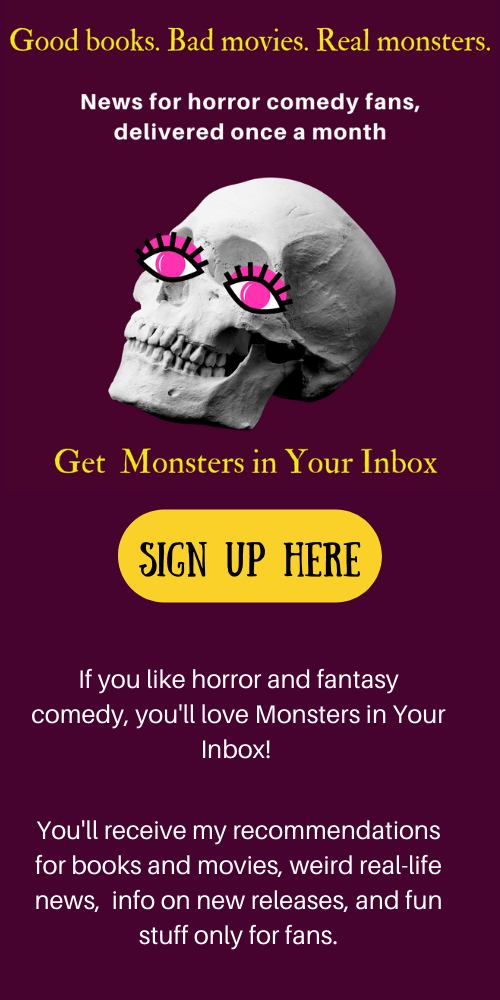